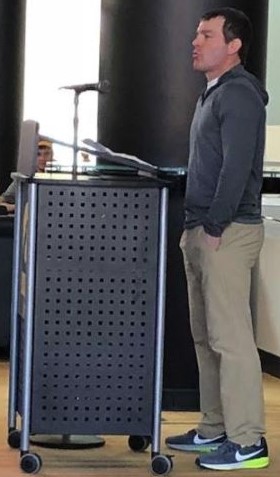 The Johnson County I-Club had a wrestling luncheon at Carver-Hawkeye Arena over the noon hour today.  To start with, there was a great crowd.  The overall vibe was great as I expected. Tom Brands spoke first followed by Iowa Athletic Director Gary Barta.

I would like to see more of these type of events to promote Iowa Wrestling during the season.  Overall, a great event that was very well done.

There is a lot to be excited about in Iowa Wrestling.

I am expecting a fired up Iowa Wrestling team tonight and a very exciting meet.

Let’s get ‘em in the middle.