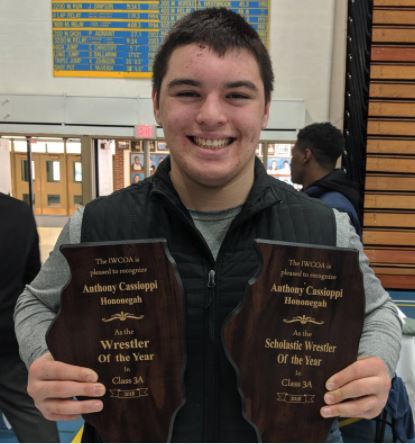 Cassioppi, from Hononegah High School (Roscoe, IL), recently wrapped up a dominating senior season in winning the 3A state title at Hwt and also won a title at Folkstyle Nationals.  Last year Cassioppi won a rare Triple Crown by winning Folkstyle Nationals and a Junior Nationals title in both Freestyle and Greco-Roman as well as winning a Gold medal at the Pan Am Games in both Freestyle and Greco-Roman.

Cassioppi is a 4.0 GPA student and a member of the Iowa Wrestling Recruiting Class of 2018.