Glazier is a Hawk 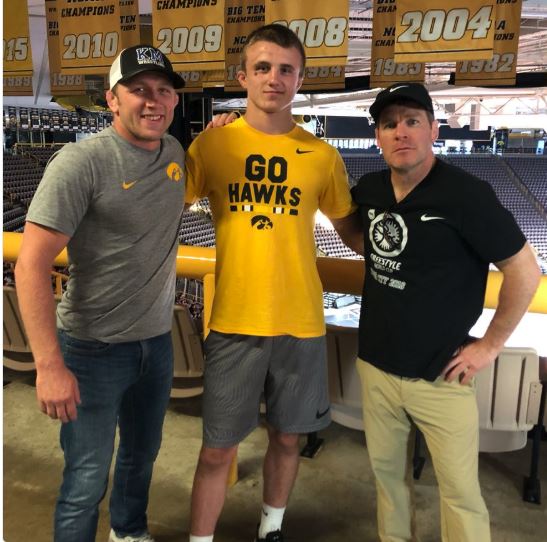 Elite recruit Zach Glazier just announced on Twitter that he committed to the University of Iowa. Glazier, from Albert Lea, MN, won a AAA State title for Albert Lea Area High School as a junior this past season at 170 lbs. Glazier is ranked #4 at 170 lbs. by FloWrestling. I look for Glazier to move up in the rankings.

I am extremely excited and thankful to announce my commitment to The University of IOWA! #GoHawks

I assure you, Glazier was a target recruit that Iowa Wrestling really wanted and got.  As good as Glazier is now, his upside is huge. Ton of potential. Glazier won a state title last year as a junior, he was a state runner-up as a sophomore, placed fourth as a freshman, and third as an eighth grader.  Glazier continues to improve and move up the ranks in national prominence. He has a long frame to fill in and I see him wrestling 174/184 in college.

To repeat what I said when Kennedy committed:

I will keep stating this because it is so true.  The momentum that Iowa Wrestling has going right now is amazing.  There is a steady flow of great news coming out of the Iowa Wrestling program during what is usually a slow time of the year.  Thomas Gilman making our World team was great news. The recent additions of Aaron Cashman (Class of 2018) and transfers Austin DeSanto and Jason Renteria (both Class of 2017) has Iowa Wrestling fans very, very excited.  Iowa is bringing in elite recruits in their push to get back to the top of the college wrestling world.

Great get by Iowa Wrestling.