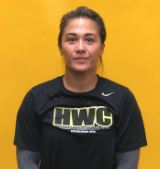 Team USA Women’s Wrestling World Team Camp will be hosted by Fresno State on August 5-17.  Alli Ragan, who trains out of the Hawkeye Wrestling Club at the University of Iowa, qualified for her sixth straight World team in the Final X series.  Ragan is a two-time defending World Silver medalist and will represent Team USA at 59 kg at the 2018 World Championships in Budapest, Hungary on October 22-23.

Joining Team USA at the training camp will be the World Team from France, Norway, Netherlands, Ukraine, Germany, Austria, Hungary, and Azerbaijan.  The camp will take place at the Fresno State Recreation Center.

Head Coach Troy Steiner has done a great  job in helping revitalize the Fresno State program that just completed their first year of competition after the program had been dropped for years.  Terry Steiner is also doing a great job as the head coach of the USA Women’s program. The USA Women’s team placed second at the 2017 World Championships. It is always great to see former Iowa Wrestlers making a difference in the wrestling world.

The USA Greco-Roman World team began their training camp at the South Point Arena in Las Vegas today.  The Men’s USA Freestyle World Team will have their Training Camp at Camp Pendleton in California beginning on August 18. I will keep you up to date with the Freestyle Training Camp as more information becomes available.