Telford, Burak, and Dardanes to compete in Paris this weekend 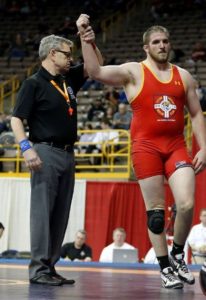 I will keep you posted on results.